Driving lesson already cost £26 pounds an hour and that is not including the test its self plus all the books needed for the theory. So, it is bad news for the people living round the Cannock test centre as the DVSA has announced it closure. This means it will be along travel for people wanting to take their test as the nearest test centres are either Featherstone or Lichfield.

The DVSA have already tried to close the test centre which operates two days a week back in 2015. They decided against it back then however, they have now changed their mind on the situation. DVSA believe that a more consistent service will be offered at Featherstone and Lichfield as they are open five days a week.

New houses are been built around the Cannock area so there would have been opportunity for the test centre to grow yet the DVSA still plans on closing the centre.

This in not the only recent test centre which is causing issue to learner drivers. Wellingborough in Northamptonshire is also set to close. Wellingborough was only recently opened in 2015 due to high waiting times at Glamis Hall. Glamis Hall will yet again cause long waiting times for learners divers however, the DVSA believe they have put in the right precautions to not have the same problems as last time.

With the ever-increasing cost of learning how to drive this just adds to the bill. With the cost of travailing to the centre and most learners like to practice around the test centres, to get used to the roads this will increase the cost of the lessons. Never mind the wasted time for both the learner and the instructor in the constant traveling to the test centre area. It looks like this will continue to grow for both parties making the challenge to get on to the road harder. 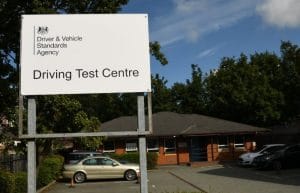