Are More People Using Dash Cams?
Skip to content
Posted by FMADT on August 2, 2018January 2, 2019
Within just 5 years dashcam usage has risen from just 1% to 20%. Furthermore 51% of people were considering purchasing one, from an AA poll of 21,000 people.This is partly down to fears over “crash for cash” fraudsters, people who crash intentionally and try persuade the victim it was their fault and, as they don’t want their insurance costs to rise,, they simply pay cash. This explains why the most likely age group to own a dashcam is between 17-24, as they have the highest insurance costs.60% of those polled stated the main reason for having a dashcam was to help establish liability in the event of a crash. 25% said it was the danger of “crash for cash “fraudsters.Dashcams can also help to reduce insurance premiums; this was the reason for 5% of people getting them. As well as helping insurers they can also help the police. 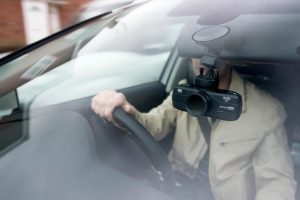 However, you need to be careful when driving abroad, as some countries such as Austria and Portugal see dash cam use as an invasion of privacy and thus are totally banned. Using one could result in you receiving up to £9,000 fines or even a prison sentence.If you’re interested in purchasing one, which we’d highly recommend as it can really help decide who’s liable and therefor cover your insurance, you can find them from most retailers such as Amazon, Halfords and Argos priced from £39.99.

Explore
Work with us
About
Support
Connect